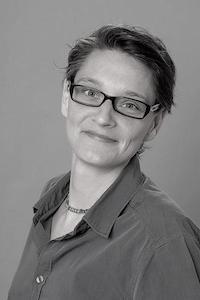 Assoc.-Prof. Dr. Manuela Temmer earned her PhD in Astrophysics from the University of Graz in 2004. She completed postdoctoral research fellowships at the Hvar Observatory of the University of Zagreb (Croatia) and the Space Research Institute of the Austrian Academy of Sciences, and was a Senior Research Fellow at the Lockheed Martin Solar and Astrophysics Laboratory in Palo Alto (USA). In 2010 she was appointed as an assistant professor, successfully defended her habilitation thesis in 2015, and was promoted to the rank of „Associate Professor" at the University of Graz by October 2016. Here she leads the Heliospheric Physics Research Group (swe.uni-graz.at).

Dr. Temmer works toward understanding the early evolution and propagation processes of coronal mass ejections (CMEs) in interplanetary space. Of special interest in her studies are the feedback relation between CMEs and solar flares, and the drag force of the solar wind acting on CMEs far from the Sun. Current research efforts aim to characterize more accurately the CME and solar wind parameters used as input for analytical and MHD models (e.g., DBM, EUHFORIA, ENLIL). The ultimate goal is a better forecasting of space weather events affecting the Sun-Earth system. On the topic of solar and heliospheric physics, she has published more than 300 scientific papers (140 internationally peer-reviewed, with 23 first authored), having more than 4800 citations and h-index=41 (NASA ADS, July 2019).