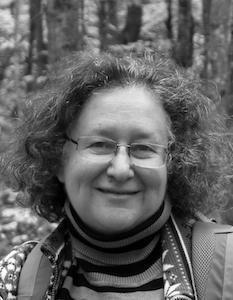 Masha Kuznetsova is an astrophysicist in the Space Weather Laboratory at the NASA Goddard Space Flight Center and the Director of the Community Coordinated Modeling Center (CCMC) also at NASA/GSFC. Her main scientific interests are in the area of space plasma physics and space environment modeling. She was involved in a study of critical magnetosphere phenomena including magnetic reconnection, mechanisms of collisionless dissipation, current-driven instabilities, particle acceleration, structure and stability of magnetospheric thin current sheets, theory and modeling of flux transfer events. Her research interests also include global MHD modeling of magnetosphere dynamics and implementation of kinetic effects in MHD models. Dr. Kuznetsova was involved with CCMC since its establishment in 1998 and is one of the founders of the CCMC Runs-on-Request service. She led a broad range of science-based validation efforts served as CCMC Deputy Director since 2004, and CCMC director from 2012.

Dr. Kuznetsova earned her PhD in theoretical and mathematical physics from the Space Research Institute (IKI) in Moscow, Russia in 1987 and an M.S. in Physics, Physics of Plasma from Moscow State University in 1981. She has worked at the theoretical physics department of Space Research Institute from 1981-1993. In 1993 she joined NASA/GSFC as a National Research Council Research Associate. After the NRC fellowship, Dr. Kuznetsova became a Raytheon principal scientist. She reunited with GSFC as civil service astrophysicist in 2004.